IKEA At Home with Life Sciences – or – the College at IKEA

Last Saturday some of us went to IKEA Braehead Glasgow for the exciting ‘at home with life sciences‘ outreach event. Most of the public not expecting us and the amount of people at IKEA made this event rather special and a lot of fun. Some of us went there as CeMi to talk about our work in bone repair strategies and some as part of the IMCSB crew where it was all about cells, mitochondria, humans, flies & bones.

Dr Mathis Riehle was in the middle of it all, answering questions, drawing and doodling as usual, and having time for the compulsory smørebrød, köttboller coffee and cinnamon bun. He shares his thoughts on the experience here:

#MVLSatIkea was it like OUTREACH instead of outreach? Not really – yes this event was different as IKEAs exhibition hosts a constant stream of the unsuspecting, who would actually have come to get a new bit or a whole kitchen, sofa, table, chairs or soft furnishings; yes this was different as the sheer number of people passing by was staggering; yes this was different, because here people came not knowing that they would encounter scientists who wanted to show off their discoveries or communicate insights.

The thematic chosen by the Institute:  “At Home by Our Cells” covered the breadth of work ongoing.  As part of the MVLS wide effort, which strung along the exhibition and the food court we got an open plan ‘living room’ with dining table and sofa to occupy – which we did with 6-8 of us present at any given time. To get people to engage we used large visually and haptically interesting props such as a 1/4 size human model where internal organs could be removed and put back together again as well as jigsaws and fluorescent flies.

Over the day we had about 60-80 engaged visitors as well as others who would test the sofa or table we used in the room (‘well that looks sturdy’). Although you would focus on the person/s that you interacted with – the constant stream of ‘others’ passing made for an intense day. Initially I stayed with a jigsaw and whilst kids would try to reassemble the cell or the mitochondrion I would talk to them and their parents about some science tidbits to do with these (powerhouse of the cells, you; maternal inheritance, …). What was interesting were the number that were genuinely interested and some amazing ‘know it all kids’. In the afternoon I moved to look after the human assembly and disassembly line and tied in with others who looked after a bone biology and repair exhibit. I really liked the more outgoing aspect, that you were not necessarily only talking to those people who are already interested and who made an effort to come, but also to those who just had a bit of spare time whilst actually hunting for new bits for their home. Really lovely to see all the interested kids of all ages looking at the exhibits and following the explanations enraptured.

The other exhibits which made an impact on me were the CSI style investigation of ’there’s been a murder’ with bloodied outline of a person in a small cubicle room and kids with tiny lab coats and big safety glasses experimenting to find out ‘who’d done it’. Another interesting setup was a on sleeping pattern and other inherited behavioural traits – where peoples sleeping pattern was analysed and used as ‘hook’ to get them ‘in’ to the bedroom to talk about the science.

Overall it was a very nice event – although when I was picked up I was a captured audience and had to walk the exhibition – again – but with a different purpose…. ‘Now that sofa looks nice…’ 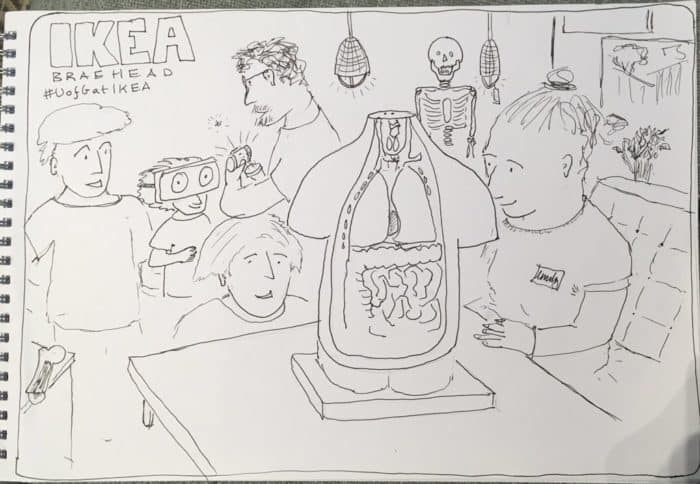 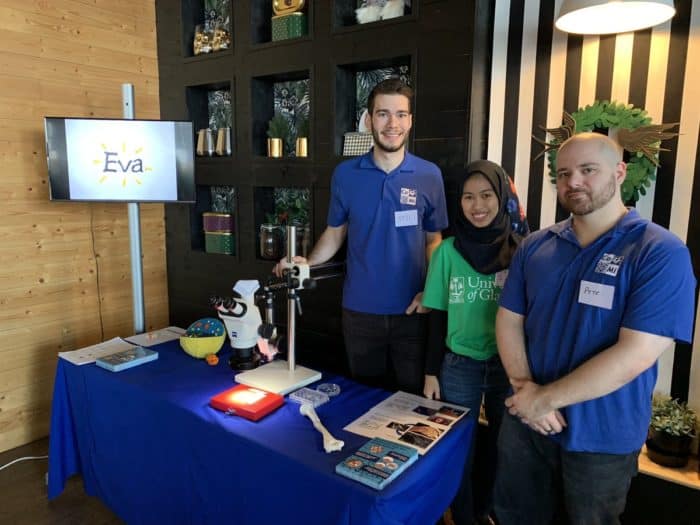 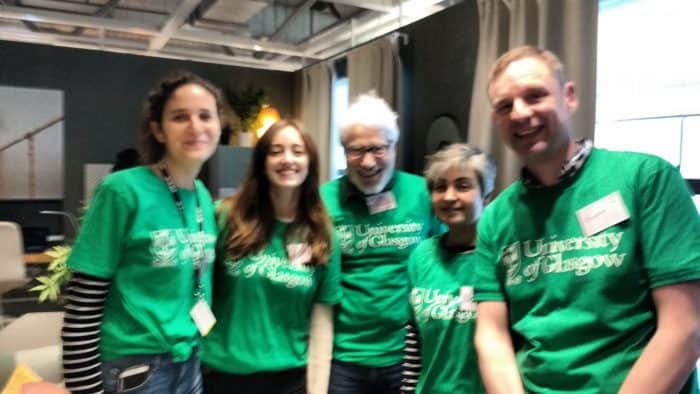 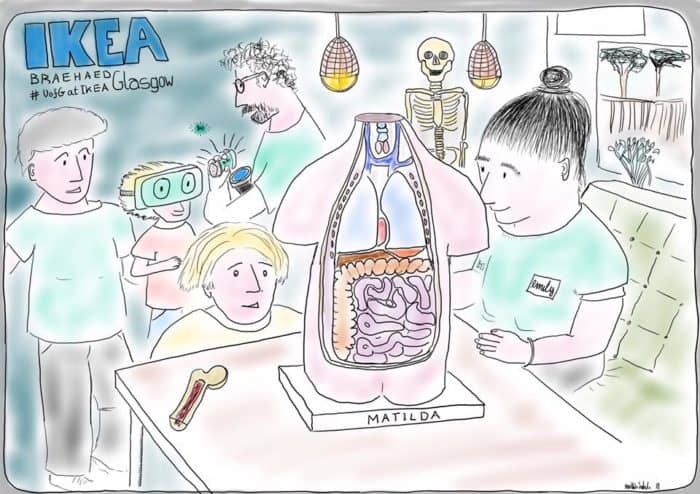 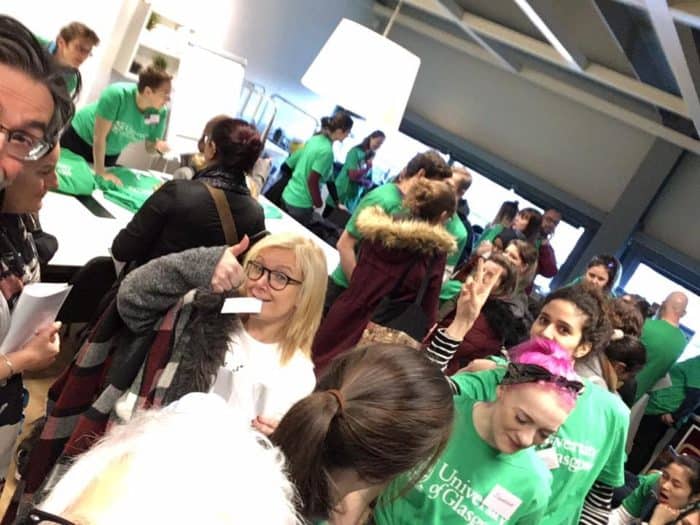 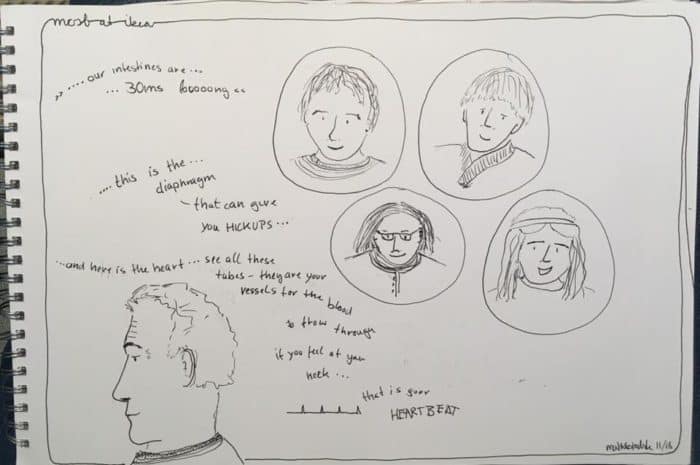 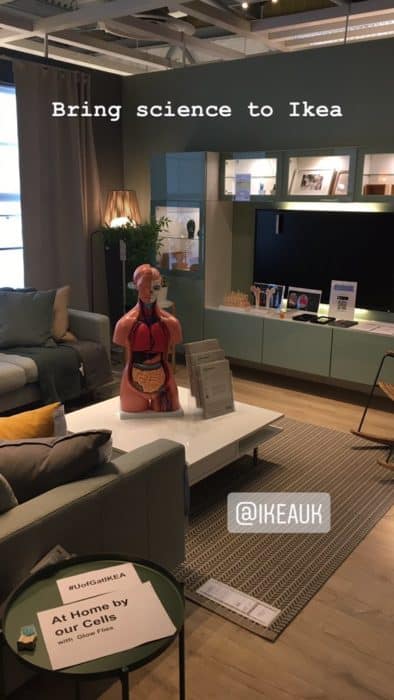